Recipe for Moroccan stuffed chicken with raisins and almonds 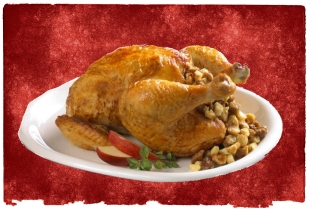 Morocco is known for it’s special North African flavours which are mix of both very sweet and spicy. This typical moroccan recipe for sweet almond and raisins stuffed chicken is in that sense the best of Moroccan cuisine. The recipe here under is meant for 3-6 people and brings out the delicious mix of sweet and spicy and is one of the country’s favourite dishes. The stuffing of the chicken consists predominantly out of raisins, almonds and couscous, but the ginger and safraan also bring an oriental kick to the dish.

how to make Moroccan chicken stuffed with Couscous, Raisins and Almonds?