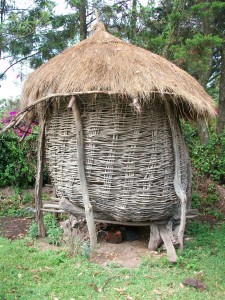 inhabitants. Its name is derived from its highest peak, Mount Kenya which the Kamba people call Kiinyaa meaning “mountain of the ostrich.” The main language of the country is Kiswahili and is together with English one of the two official languages of the country. The Kenyan population consists out of 70 different tribal ethnicities (eg. Kikuyu, Luo, Kalenjin and Masai) which can be organized again to their belonging to one of the three bigger cluster groups (Bantu, Nilotic and Kushites).

the Origins of Kenyan Cuisine

All kenyan tribes have their own special cuisine, but many of them 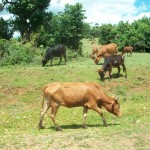 share specialities in common. Kenyan food not only differs from tribe to tribe, but also depends on the region and it’s climate, which makes certain vegetables possible to cultivate or not. therefore is Kenyan food very diverse and differs it from one region to another and among the different tribes. Since Kenya has always been a multi-cultural society one can find also allot of influences in kenyan recipes from other cuisines like the Indian, Arabian and European kitchens. which is shown for example in the broad use of the orginally indian, but nowadays also very typical kenyan chapati.

However kenyans share also many food and dishes which are typically East African or Kenyan recipes like the famous ugali (Swahili word origin), a thick porridge like stapplefood which can be perpared with white corn  ( mahindi in Swahili) or mixed with sorghum ( mtama in Swahili) and is served with many kenyan dishes and is therefore maybe the most typical kenyan food. Githeri (Kikuyu word origin) is also a dish which is shared among all kenyans and which is a mixture of corn and beans . This mixture can also include other vegetables according to the tribal origin of the person preparing it, but the base of the githeri is always corn and beans. The Kenyan people living close to the lakes or sea include many fish or other seafoods in their kenyan recipes, while the inland herdsman use mostly cow, chicken or goat meat in their dishes. To see a full list of the different Kenyan food and dishes and how to make the famous Ugali and Githere see the list below: