The traditions of Moroccan cuisine 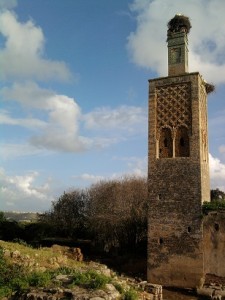 Moroccan food is part of the wider Mediterranean cuisine and is famous for her variety of ingredients and recipes of  the Arabic, Jewish and Berber heritage of the country. Moroccan food show much similarity to the cuisine of other Maghreb countries, but is unique in its own way. Because Morocco stayed longer independent from colonial powers Moroccan recipes have retained more of the original and unique cultural cuisine culture of the region. Due to the presence of many different cultures in the kingdom, Moroccan food has influences from many traditions. The recipes of Morocco have influence from Arab, Berber, Jewish and even Sub Sahara African cuisine.

Being a Muslim country all dishes in Morocco are considered halal. The most common meat is either beef, chicken or sheep and many dishes could also be served without any meat. Moroccan food is therefore not only a great option for Muslims but also for vegetarians. Many tajine recipes taste great without meat and typical Moroccan salads or couscous could also serve as a nice vegetarian meal.

The Moroccan Tajine or Tagine is, a traditional earthenware cooking pot topped with a conical lid and used to cook many Moroccan dishes. The tajine is made out of clay and was placed traditional in hot coals, but can also

be used on gas or electric stoves. Its function resembles that of a casserole with the condensed water of the stew dripping back in the pot. The tajine is originally of Berber origin, but now also used by the Arab inhabitants of the entire Maghreb region including Morocco. Before using it for the first time one should sock the Tajine in water for at least 24 hours so the Tajine won’t burst. Cooking with a Tajine is a time consuming practice but is truly traditional. Furthermore the Tajine serves as a great way of presenting the delicious Moroccan food. One could place the Tajine in the middle of the table and serve it on plates or even better let people eat directly from the pot by using bread as cutlery.

Moroccan cuisine is diverse and has a great variety of dishes. 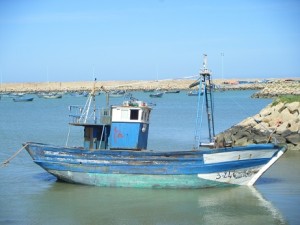 Moroccan foods include many vegetables and herbs and different kind of meat and fish. Typical vegetables used in many Moroccan dishes are lentils, beans, and tomatoes. Couscous is one of the most famous Moroccan foods, but is traditionally only eaten on Friday in Morocco. It consist out of semolina of durum wheat and is cooked by steaming it. One could serve tajine made dishes with couscous, but Moroccan round bread is the most common staple food served with Tajine. Next to the delicious Tajine recipes Morocco is also famous for its pastry which one can find in every town of the country. Morocco’s rich pastries are often prepared with almonds and honey and are great for the sweet toots among us. In Morocco they are often served at weddings and other festivities like religious celebrations or birthdays. Les common but more and more integrating into the Moroccan food culture is the fish caught in either  the Atlantic ocean or the Mediterranean sea. Spices play an important role in Moroccan cuisine. Saffron, ginger, dill, coriander, paprika, cumin and pepper are common spices used in many Moroccan dishes. Herbs like oregano, parsley, thyme and basil are also used to enhance the tastes and flavors of Moroccan food.